April 13, 2012
I was at the Art Institute of Chicago yesterday, going around with some students and talking about the things that they responded to. After the class was over, I took a quick through the modern wing to see what's new. On the way to finding something that I didn't expect to like but did, I passed something I always thought I liked but realised I now don't: 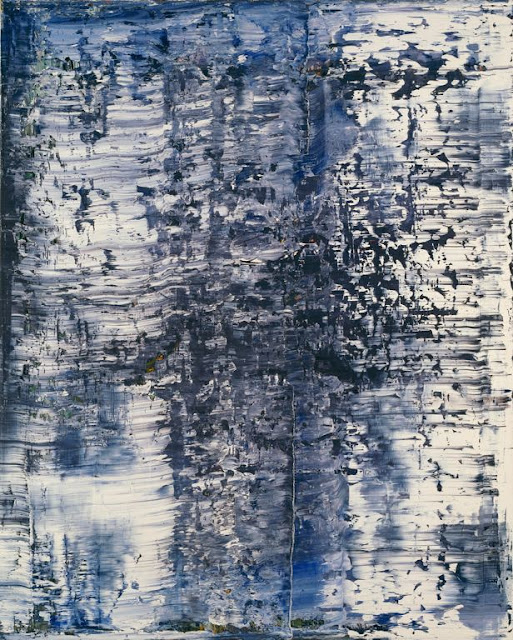 As I said recently in a different context, Richter's reputation will easily survive my negative opinion about him.  But a sudden encounter with his work, particularly the squeegeed paintings like the one above, made me think how lazy, incomplete, underdone he is. There's no reason for this gesture to exist, not even as a 'let's drag the paint and maybe the results will be beautiful/unexpected/absorbing/failed in an interesting way." There's no sense of touch or feeling in it, and not in a cool "the absence of touch or feeling is the whole point" sort of way. If you want to defend the casual beauty of the random act, this Yves Klein is better: 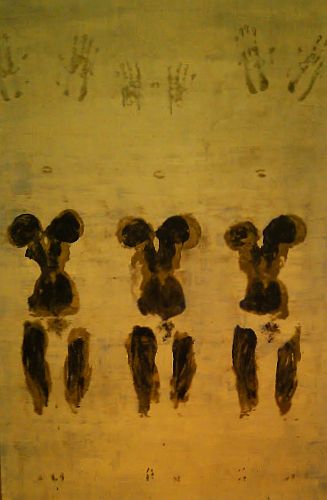 So Klein daubs a few naked gals in oil paint and gets them to press themselves against the canvas. But that's after he's created a layered and smeared surface of ochreish pigment, which has a shimmering, alive quality to it that is missing in Richter's dead paint handling. The imprints of hands are often the sign of a master running out of ideas - Miro's late paintings are full of them, footprints, too, and they look like a sign of desperation. But in contrast to Richter, whose abstract paintings are meaningless and inert, Klein has a sensibility to go along with his pranks and his wit.

If I am wrong, in what lies the error?