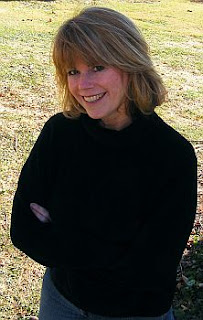 The subject of this interview is my wife, Patricia Ann McNair. We met at an artists' and writers' retreat in Vermont in 2000, and it was partly hearing her read her fiction before an audience that led me to fall in love with her, and with the idea of perhaps moving to the USA. The story that I heard her read that night, in a converted church on a balmy late summer evening, was "The Temple of Air." Now that story and ten other interconnected stories have been published in a collection of the same name, available from the publisher, Elephant Rock Media (click here for link), and a certain online outlet I would encourage you only to use as a last resort. In the week of the official book-launch and amid a flood of interview requests, I used my insider influence to ask Patty to answer a few questions about her book, her writing, and even her creative explorations in other media.
Philip: On the surface, the stories in ‘The Temple of Air’ deal with average people in an average US town. But the language of the stories constantly arrives at these extraordinary moments of revelation, whether through violence, illness, love, or the longing for faith. Were you aware of this as you wrote them?
Patricia Ann McNair: Well, thanks for that take on the work. It is interesting to consider what I was really aware of while writing and what I discovered after much of the writing happened.
I have always been—what, attracted? compelled? lured?—by and to moments that might be considered both brutal and beautiful in literature. The work of Hubert Selby, Jr, comes to mind. Raymond Carver. Most of us are average people in average lives in average towns, and so I knew that it was these stories, our stories, I wanted to write and I have always been drawn to. But in those average lives we are often struck by some very hard or violent moments, or find ourselves longing and yearning. When you run these things next to one another (average lives, violence or pain, yearning and longing,) when you braid them together, they become beautiful, don’t they? They evoke a complex emotional response that is something other than simple boredom or shock or desire on their own. Perhaps it is like using primary colors that are on opposite sides of the color wheel or something, when you put them together they create something extraordinary, arresting.
I, like everyone, have had to face some rather painful things in my life—death, prolonged illness, various devastations—and while these moments happened, during them, I felt mostly the hurt. But afterwards, with some distance on the situation, I look back at those moments as extraordinary and important experiences that actually held beauty in them. I won’t go into detail here, but I am certain that this response is not unusual. And so it is those things I hope to capture in the “extraordinary moments” of the story (as you so kindly refer to them.) And yes, I think much of this does have to do with language, with image, with rhythm and metaphor. The rush of words in these moments is something that is both unintentional and completely intentional on my part. It usually starts with the impulse of telling such a moment—say, when a baby is accidentally dropped from the top of carnival ride or a woman strikes a deer with her car in the middle of the night—but once I recognize that that sort of telling has taken over the writing, I try to make the most of it that I can. I try to capture the breathlessness, the curious thing that happens with time in a moment of tragedy or fear, the relief that comes with a kind of release these moments often create.
Philip: Most of these stories were written over a long period of time and published separately. At what point did you realize that they could form a linked collection?
Patricia Ann McNair: I have long been interested in the linked collection and the novel in stories as a structure. I admire it in books like Selby’s Last Exit to Brooklyn, Pam Houston’s Cowboys Are my Weakness, Olive Kitteridge, Winesburg Ohio, Dubliners. Mostly it is the emphasis on place that I find compelling in these sorts of collections. In some ways, the stories that I wrote were always set in one place—a sort of composite Midwestern landscape where I’ve lived at various points in my life. And when the place became clearly the same to me, the other connections started to emerge. In some cases it was the recurrence of characters that started a story going for me, in other times it was a similar emotional response. In an earlier draft, this book was supposed to be a novel-in-stories, but I found myself trying to work the overall plot too hard and not spending enough time with the individual episodes. So it shifted. I suppose I knew for certain that it would be a linked collection was when I found the character of Sky in four of the stories I’d written (sometimes masquerading under a different name, but clearly the same guy) and found Michael in two. The rest was sort of mathematical—finding the “x” in each story problem, maybe. 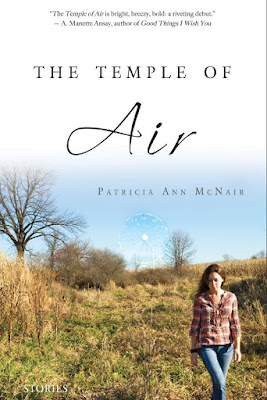